5.0 out of 5 stars: A Highly Original, Enticing Read!
November 9, 2013 By CLynn
This review is from: The Matriarch (Kindle Edition) verified purchase, Amazon UK 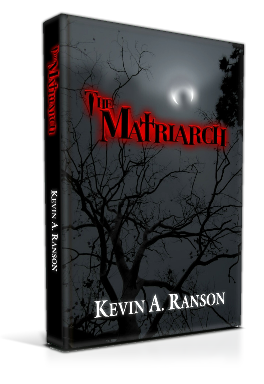 An unsolved murder…and a surprising revelation that solves the mystery, I liked that.

The heroine was strong, I cared about her. That is so important in a novel. I particularly cared as I witnessed her adjusting to her new existence. The villain was very well done, without being overdone. I found him deliciously savage! And I liked, too that everything was wrapped up nicely with no loose ends.

I really enjoyed the author’s take on vampires. He’s given them very interesting characteristics. The heroine for instance discovers that she will never dream again and I found this very poignant.

I like vampire fiction that depicts vampires as complex characters–where their living lives and their undead existence is developed nicely. It makes for an interesting story.

There are also ghosts and hauntings and surprises too. What more could you ask for?