In October of 2015, CBS launched “Supergirl” for a 13-episode order. I even published an article about it. Maybe it was a bid by the network to lure in younger viewers or maybe an appeal to older ones, but one thing was certain: this Supergirl was going to be a force for hope, good, and all that stuff. In a television and movie landscape now dominated by dark and sometimes murdering superheroes, this one was going to remain incorruptible in spite of many temptations.

You know — the way Superman used to be.

Actor Christopher Reeve was quoted with saying, “Once you choose hope, anything’s possible.” It isn’t clear if he was saying that in-character or not, but it was probably both. 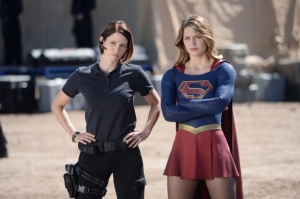 Happy so far, CBS bumped the show to a full-series order: a total of 20 episodes. The show hasn’t been perfect; from a front-loaded overstuffed pilot to a world where science seems to serve the weekly plot and physics be damned, the one consistency has been Melissa Benoist. The “Glee” actress has so completely embodied the character of Supergirl and brought so much of her A-game, you’d think she was going for an Oscar in a feature film if she didn’t look so honest doing it. Considering that two other actresses on the show — Helen Slater and Laura Vandervoort — have both played the character, it’s hard now to imagine anyone better for the role than Melissa Benoist (yeah, she’s that good).
END_OF_DOCUMENT_TOKEN_TO_BE_REPLACED

Are nice guys actually doomed to loneliness forever, or are they just forever helpless in the power of the femme fatales they pine after?

Full disclosure: this is the kind of character dissection that happens too early in the morning, just after waking up, between two writers married to each other. It was inspired in part by “The Blacklist” in which (spoilers!) Aram breaks a promise because he felt betrayed by sweet, smart, deadly Navabi.

Aram is an NSA coder and cracker who wears his heart on his sleeve. He’s a successful nerd working in the intelligence community in too-close proximity of female operatives waaaaay out of his league. Part of the problem is Aram himself; he hides nothing and expects others (read: SPIES) to do the same. But Aram also puts women he admires and respects — and often fancies — upon a pedestal, equating beauty and strength with self-imposed standards of nobility and purity (of character).

Aram is a nice guy who is enchanted by femme fatales.

What Aram doesn’t understand is he isn’t the kind of guy that agents Navabi and Keen would see as a potential lover let alone a serious love interest. Never mind “don’t get your honey where you make your money,” but he isn’t alone in the world. Lots of guys like him exist, looking for perfect women to idolize and secretly (or publicly) dispising them when they discovere how unangelic real people are. It reeks of an overprotective single mom raising her boy to have only respect for proper ladies…but those aren’t the kinds Aram is attracted to.

The worst part — and this isn’t Aram’s fault — is that these idolic women ask him nicely for favors, and he’s only too happy to do as he’s been manipulated. They know who they’re preying upon (yes, that’s as bad as it sounds), but it’s obvious that Aram is a one-woman kind of guy who sees a potential mate in a preconceived image: honest and morally perfect. He can be manipulated because he sees himself as unworthy while hoping beyond hope he’ll be “chosen” — not out of pity but because the right woman will recognize his inner nobility and potential eternal devotion.

In other words, he’s a bad guy waiting to happen.

The good news is that many nice guys realize how gray the world can be before they go completely evil. Aram is socially isolated when it comes to the opposite sex, a guy who’d rather read technical manuals and surf the dark web rather than hone the wooing skills that would possibly net him the strong beauty he feels he deserves. At the same time, he doesn’t feel he should have to do this because a worthy woman wouldn’t want someone like that; “Why can’t they see (whomever) for the terrible person he is?” This sets up Aram for continuous heartbreak and disappointment because his dream angel doesn’t exist… but he’s also secretly jealous of the handsome rogues and white knights who seem to “get the girls” effortlessly.

We all admire the brutal honesty of Aram because we can relate; he’s innocence incarnate. We also hope he’ll find someone equally idealistic who hasn’t had her heart destroyed by falling for the wrong guy. But the real truth is we hope he’ll land somewhere between a friend-zoned doormat and a bitter resentful bastard that does unto others what was done unto him.

The guy with the big noble heart doesn’t have to also be the loser in love; he just needs to stop hating himself for who he doesn’t have… so he can be seen for someone worth having.

Hang in there, Aram; nice guys everywhere are pulling for you.

A few early Sunday thoughts with an eye toward writers.

First: “be careful what you ask for.” If you ask for a critique and you’re lucky enough to get one, treat it for what it is: another person’s opinion. The goal should be to improve your craft, so while you may not agree with the person’s feedback, there is a reason why they had it. Sure, maybe they’re a troll, but that’s easy enough to spot much of the time.

Second: “don’t take criticism as a personal attack, even when it is.” I come from a unique perspective since I honed my narrative voice in film critique before I seriously plied my trade as a fiction writer. My critiques have improved in the same way as my writing, an attempt to equally praise and point out needful improvements.

A writer wears many hats, but long after the idea, research, plotting, writing, editing, polishing and marketing, someone is going to read your work and your mind will be naked before them. It takes a lot to put yourself out there, and in today’s social media, people associate the author with the work – YOU ARE YOUR BRAND. Your fan base will not just remember your work but also you and how you acted, so unless you can elevate character assassination to an art form, be warm, be generous, and be humble.

And remember: thou art mortal…even while we play God with our pens. 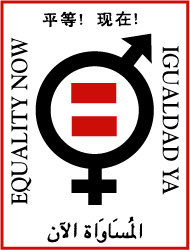 The casting for Star Wars VII is out, and besides everyone’s favorite former bikini-clad slave princess Carrie Fisher, there is only one new female character in anything resembling a major role… out of SEVEN. Throw in the original Boy’s Club cast of six and that’s two out THIRTEEN principles.

This shouldn’t be a big deal, right? There ARE women in Star Wars, just not many with relevant or speaking parts ON FILM. Oh, and the so-dubbed “expanded Star Wars universe” was declared null-and-void and not official movie canon, so apparently there ARE only two relevant women in the entire galaxy. Worse yet, those two are related and the younger one (SPOILER!) died after childbirth – because, you know, that’s what women do: have babies and die. Really?! 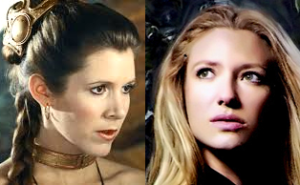 Say, isn’t this a J.J.Abrams production? What’s interesting is that his television programming (“Lost,” “Alias,” “Fringe”) have meaty roles for ladies and often many of them, but his film production credits (Star Trek, Cloverfield, Super 8, Mission Impossible) seems to only have room for a chosen few in an ensemble, often ONE. Playing devil’s advocate, maybe this is an informed choice: are relevant female characters too complex for most screenwriters to simply throw them up on-screen and present them believably in a film format?

END_OF_DOCUMENT_TOKEN_TO_BE_REPLACED

The Spooky Chronicles: Forget Me Nots
Read it for FREE – right here, right now on your browser!

Andres M. (Rating: 4 of 5 Stars) – I had my reservations… (an) undead kid who goes to school and stuff? I must confess that I was a little skeptical of how that could work. I was terribly mistaken. Yes, this story is about a young kid with an unique condition, his heart doesn’t beat, his blood doesn’t flow, and his lungs don’t breath; yep, he is an undead, but with a soul, conscience, and a spirit of adventure and investigation. We are taken to a Lovecraftian story, and we experience it from the view point of a very special kid, who is eager to “see” what’s beyond, the monsters, the horrors. All and all it was a very cool story.

I’m not saying this is bad – I’m just asking if this is how it has to be.

I am a male writer who tends to write strong female characters in paranormal horror. This isn’t just my opinion (although it is my intent), but I am told by readers that I do. If a heroine is going to step up, I feel they should hold their own; they make the decisions and accept the consequences for their actions. Blechdel Test be damned, females do talk about males, and often there is romantic inclination or outright sex with a male character; hey, it happens.

I enjoy the inherit vampire and horror elements in these stories, but I am noticing a trend in several of these stories, particularly the one billed as “paranormal romance.” The female character – whether merely human or already vampire – appears to be smitten with or otherwise bonded to a superior male specimen. These dude-bros have names like Caleb, Stefano, Morbius, Vlad or something else overly masculine. Head-over-heels attracted to them, the heroine obeys – or is given no choice but to obey – this dominant character in all things despite yearning to be an equal in their eyes. Time doesn’t seem to be a factor; these women often have been kept under thumb or under house arrest for centuries. The smitten female underling, of course, is the main character, and they aren’t only being mentally subjugated but often physically – but no permanent harm done since they’re a vampire, right?

To contrast this, what I am not reading about is an intelligent, handsome young man being kept under the thumb of an ancient vampiress who has strong feelings for the lad but believes him incapable of surviving on his own. In spite of proving himself up to the task or otherwise demonstrating the potential for an equality to their sire/object of infatuation, each scene of the story is a compact lesson in why the dominant female is the alpha, subjugating the omega male to repeated but doomed attempts to measure up time and time again. With no regard to the male character’s secret paranormal lineage, forbidden knowledge of ancient magics, or in any way possessing skills and ability superior to the dominate female vamp, he always crawls on his belly back to the feet of the creature he can’t wait to be dominated by. Oh, and the main character must be HIM, not the alpha vampire mistress.

Does this exist, is this an impossibility or do I need to write this and see just how twisted I can make it?

With so many other writing and creative projects going on, I’m setting aside time specifically on weekends for one or more updates for MovieCrypt to avoid it falling into neglect. My goal is at least one review, one Reaper Rants video, and one additional post of some type.

Sadly, neither myself nor Grim will be making it to many more of our favorite conventions this year, but next year will permit more time for that kind of thing. 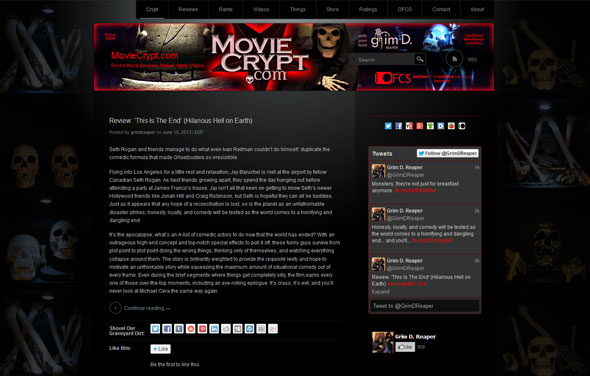 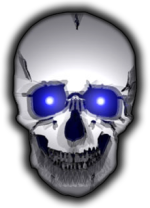