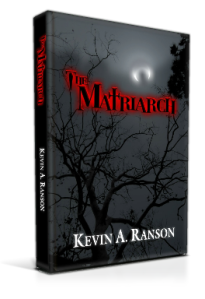 According to TheGuardian.com, there are 10 specific points regarding whether or not a novel ought to be deemed “gothic,” citing Horace Walpole’s 1764 publication The Castle of Otranto as the first such work. While I had no such specific intention to do so, it appears that The Matriarch is, indeed, mostly a gothic novel! I’ll try to keep the spoilers to a minimum, so here we go!

1. The villain is a murderous tyrant with scary eyes. Check and check. +10%.
2. The heroine is a pious, virginal orphan, prone to fainting. Well, not so much. Janiss is neither an orphan nor prone to fainting, but she certainly fits the bill of “good girl” although she isn’t actually a virgin. To quoth ye olde The Cabin in the Woods, “We work with what we have.” +5%.
3. It’s set in a spooky castle or stately home. You caught me; I did this on purpose. It wasn’t done to make it gothic, but I was thinking about the equivalent of a modern-day Dracula’s castle when I created Cedarcrest Sanctum as a vampire stronghold. +10%.
4. There is (probably) a ghost or monster. Yep: vampires AND ghosts, but with the requisite twist and fresh take. +10%.
5. It’s set in the olden days. While the setup for The Matriarch does refer to century-old events, it isn’t set in the distant past; no points for this question. 5 more to go!
6. It takes place in foreign parts. This is actually refers to a foreign country but is also meant to imply a timeless or unfamiliar place. Central West Virginia? I’m conservatively scoring +5%.
7. The weather is always awful. Oh, yeah. +10%.
8. Anyone who isn’t a white, middle-class Protestant is frightening. Being from West Virginia, this seems true, but I’ve been to worse places. I’ll take a half score with +5%.
9. The laws of the land are brazenly flouted. Arson? Murder? Kidnapping? Vehicular homicide? Desecration of the dead? I could keep going, but instead I’ll score +10%.
10. People talk funny. Welcome to central West Virginia, where the letter ‘L’ is optional and you may not recognize “plain English.” +10%. 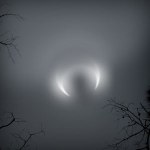