There’s been a bit of flack surrounding the previews on JK Rowling’s Pottermore website regarding “magical” North American history, specifically in the way it includes Native American culture. If you weren’t aware, this is all advertisement for the new Harry Potter film entitled Fantastic Beasts and Where to Find Them arriving in theaters November 2016; the Pottermore website has published four installments of the abbreviated “History of Magic in North America.” While there are many issues pointed out by various news outlets, this is the one that hurts the most and that I’m most familiar with.

The Problem With Magic Folk

“So what?” people post online. “It’s fiction. She can make up whatever she wants.” None of this is real, so who does it hurt? The actual people, for one thing. Native Americans are real people with a real culture; they haven’t died out or ceased to exist. It’s not just one culture, either; there are currently 562 federally recognized Indian Nations (source: ncai.org), and their uniqueness is hanging on in spite of centuries spent actively destroying it. No, not just the English colonists; the French and Spanish both had equal hands in it.

In Hollywood, there has long existed a trope of “the helpful Indian who appears from nowhere,” so clearly they must be magical. Think Peter Pan and The Lone Ranger; help is needed, the indigenous mystics appear, do their thing, then conveniently disappear. It’s a plot device: deus ex shamana. Like faeries, trolls, and goblins, the truth can be lost to legend. Using Britain’s own fables as an example, there were reportedly a dozen Robin Hoods who all became one man, and King Arthur’s stories can be traced to several individuals who were embellishment through oral tradition.

Native Americans do exist and want to keep their cultures and traditions alive. Learn about it all you like and tell others, but embellishing the facts — changing them — and attributing details to all tribes as a whole dilutes its uniqueness. Like a game of telephone, the truth is being lost because the details are wrong.

Why Include Native Americans at All? 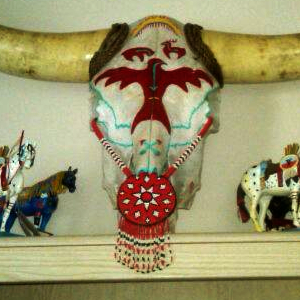 So the idea is that North America also had a wizarding society; if we go back to before the Europeans arrived, the Native Americans were the only ones here. Details are vague, reportedly because the details reveal surprises in the upcoming movie: what and where is the Hogwarts of North America? From the Pottermore website:

The legend of the Native American ‘skin walker’ – an evil witch or wizard that can transform into an animal at will – has its basis in fact. A legend grew up around the Native American Animagi, that they had sacrificed close family members to gain their powers of transformation.

Even referring to this as “the Native American wizarding community” is a problem. Skinwalkers are a Navajo legend; while other tribes have stories of shape shifters, this isn’t an all-inclusive term or idea. It paints a false picture of all Native Americans as one culture: an amalgamate entity. Will their appearances be blended as well? A thousand languages? Their temperament? Are the filmmakers aware there were no written versions of these spoken languages until the Europeans arrived? If any Native American witch or wizard has an ancient spell book or potions manual, it’d better be written in French, Spanish, or Mayan ideographs. 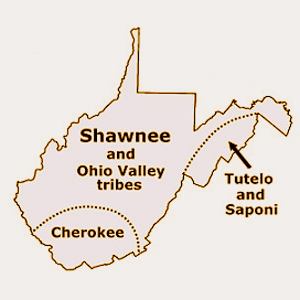 One of my recent novels featured a vampire who was born a Cherokee woman. Since the series is set in central West Virginia and I needed a character who had witnessed the birth of the United States, I decided to go away from the expected Scot-Irish colonial immigrant and opted for a Native American. My own family likely has both Shawnee and Cherokee within our ancestry, but records may also have been obscured to hide their true heritage. While I could have created anyone, my research turned up an individual who was not only ideal for the character but added the weight of actual history; where her story ended, her fictional counterpart as an immortal could begin.

I agonized over getting the details correct, including having both a native Cherokee and a fellow writer of indigenous descent advise me to ensure I presented her characterization appropriately. There was a lot of gray area to play in, but I wanted to include as many details as my research could provide. I was praised in my depiction for breaking with modern stereotype and presenting the character as successful, a recognized educator, and a positive role model. For that alone, I could be proud of my work.

As writers doing research to ground our fiction in the real world, what does it hurt to be respectful? Don’t gloss over the details; learn and incorporate them. Harry Potter is an established franchise with hundreds of millions of fans; at the mere hints of an indigenous culture being included, readers wanted to know more. Providing real detail with an established history while playing with the gray spaces only makes the world feel more realistic. A police procedural should get the forensics right. A mission to Mars needs working rocket science. When you’re dealing with immortals having lived for centuries, history happened, and your character was either involved or affected.

I love the Harry Potter series and have the utmost respect for its author, but I sincerely hope that research was done to enhance the details the final story before it reaches theaters. If not, this will have been a terrible opportunity to have missed.

5 thoughts on “The Matriarch, Harry Potter, and Native Appropriations”