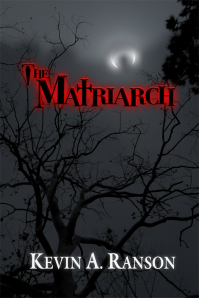 I use music – often an entire playlist – to create a mindset and mood when I construct a scene.

The acoustic version of “Life Is Beautiful” is a haunting hard rock ballad (from The Heroin Diaries Soundtrack album by Sixx:A.M., a side project of Mötley Crüe bassist Nikki Sixx). Any funeral scenes is a great excuse to get characters together that would never appear in the same room, but it’s also a powerful setting for character reflection, and this track works for both instances.

I was waiting for my hearse,
What came next was so much worse,
It took a funeral to make me feel alive.

If this song hasn’t been used for a funeral scene in a horror film or thriller, I can’t imagine why not. The lyrics are also telling for any immortal watching loved ones pass away, especially if that immortal had anything to do with it.

Read more about the upcoming novel, The Matriarch…